There is a wide variety of topics available for you to choose from for your abstract research! This ... 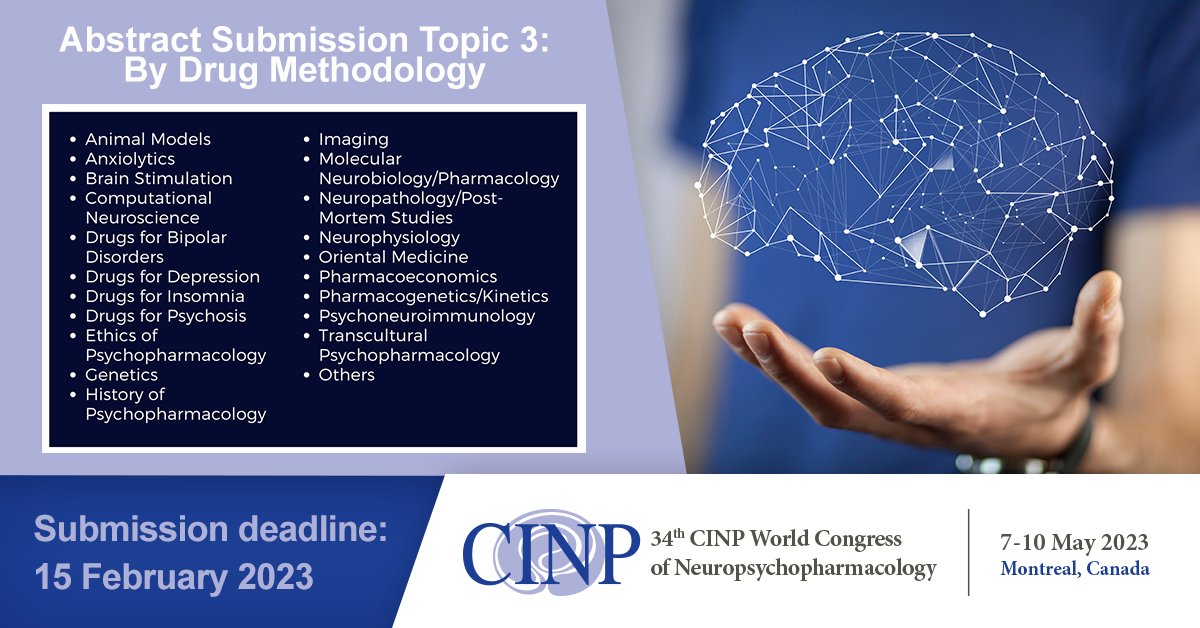 You’re in the right place! Grab this opportunity to check out the confirmed invited symposia topic... 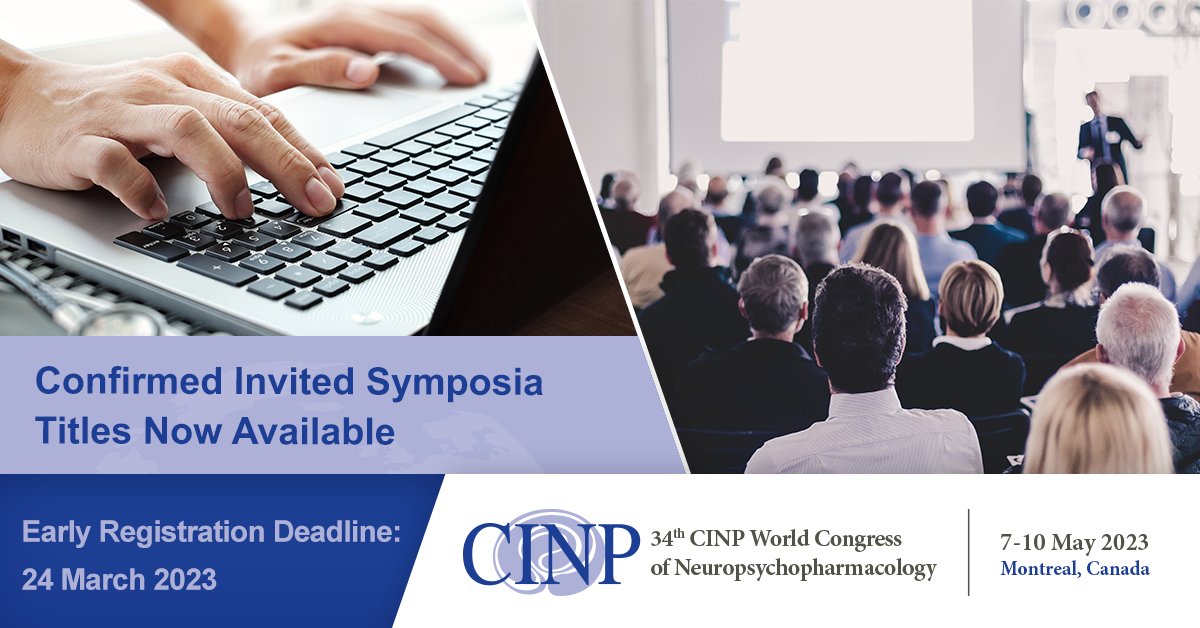 With an array of topics to choose from, don't miss out on the chance to submit an abstract to share ... 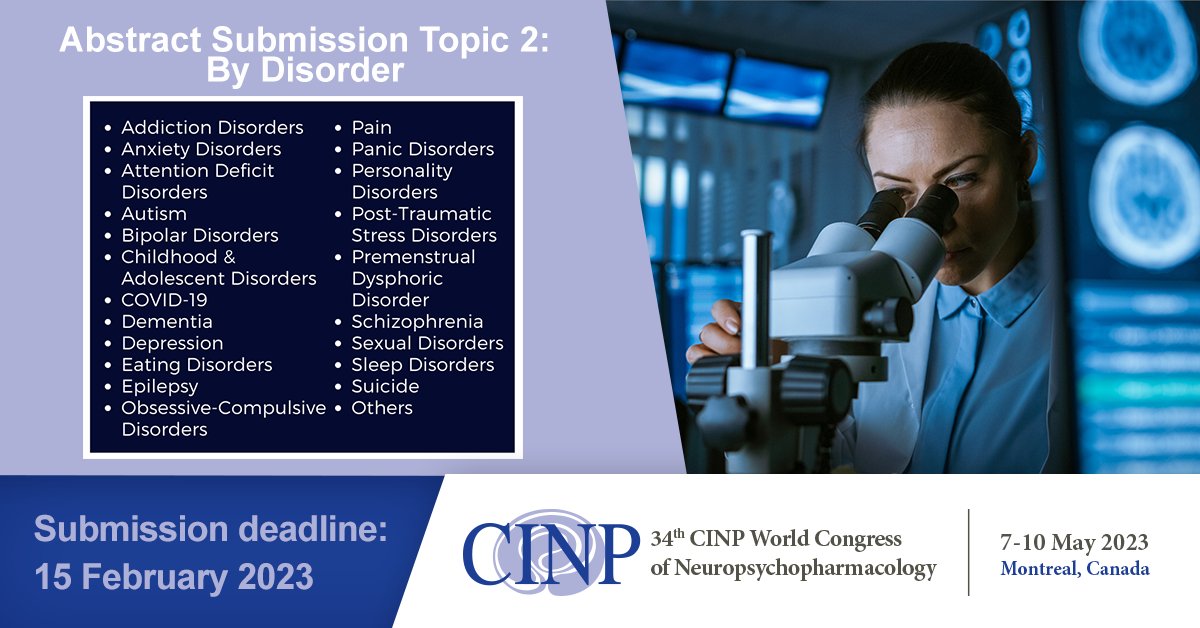 Kazuyuki Nakagome, MD, PhD is President of the National Center of Neurology and Psychiatry in Tokyo, Japan.
Dr. Nakagome is a graduate of the University of Tokyo, Japan. Following his residency, he taught neuropsychiatry at several institutions in Tokyo, progressing through the academic ranks to become a full professor in 2005 in the Division of Neuropsychiatry at Department of Brain and Neurosciences, Tottori University, Tottori, Japan, before joining the National Center of Neurology and Psychiatry and progressing to his current positions.
Nakagome’s main interest lies in the relationship between neuro- and social cognition and social functioning outcome along with developing treatment methods for improving social functioning in patients with psychiatric disorders. He has published more than 200 original papers, scientific reviews, chapters and abstracts, and serves as an ad-hoc reviewer for journals such as Journal of Psychiatric Research, Psychiatry Research, Psychiatry and Clinical Neurosciences, Schizophrenia Research and Social Neuroscience.
Nakagome’s expertise is widely sought; he has been invited to present at conferences both in Japan and internationally. In 2007, he first introduced NEAR into Japan thanks to Dr. Medalia, and has been rigorously working on disseminating to various mental health care professionals the significance of becoming aware of cognitive impairment and treating it. Along with his colleagues, he established the Cognitive Enhancement in Psychiatric Disorders (CEPD) conference in Japan in 2014, which was aimed to promote best practice in cognitive rehabilitation in Japan and other areas of Asia. Oliver Howes is Professor of Molecular Psychiatry at King’s and Imperial Colleges, London. His clinical work is as Consultant Psychiatrist at The Maudsley Hospital, where he runs a service for people with psychoses.

His research interests centre on the causes and treatment of affective and psychotic disorders. His recent work has focussed on understanding the role of dopamine and neuroinflammation in the development of psychosis, the effects of antipsychotic drugs, & the causes of cognitive impairments.

His work has been recognised through a number of awards including the American College of Neuropsychopharmacology Joel Elkes Award (2022), Royal College of Psychiatrists Researcher of the Year Award (2017), Schizophrenia International Research Society Rising Star Award (2013). Web of Science named him as one of the most influential researchers in the world over the last decade.

Other career highlights include working as a junior potato scrubber on a farm. He spends his spare time trying to find the world’s best ice-cream. Paola Dazzan is Professor of Neurobiology of Psychosis and Vice Dean for International Affairs at the Institute of Psychiatry, Psychology and Neuroscience, King’s College London (United Kingdom). She is a practising clinician and Consultant Perinatal Psychiatrist in the South London and Maudsley NHS Foundation Trust.
After obtaining her medical degree in Italy, she moved to the UK to pursue her research interests. She trained as a psychiatrist at the Maudsley Hospital, became a Member of the Royal College of Psychiatrists (MRCPsych) in 1998 and a Fellow in 2013 (FRCPsych). She completed her PhD at the Institute of Psychiatry, King’s College London, in 2006.
She is internationally known for her work on the relationship between magnetic resonance imaging (MRI) data and other biological measures such as neurodevelopmental indices, stress and inflammatory markers, and reproductive hormones, and the onset and outcome of psychoses and severe mental health problems. She studies these phenomena in adolescents and in young individuals in the early stages of psychosis, and in pregnant women and their children. More recently, she has also been focusing on the role of nutrition and the arts on mental health, using neuroaesthetics to investigate the perception, production, and neural response to visual arts and their relation to mental health states.
Her work has been extensively published in high impact papers, with more than 290 publications and recognition as 2019, 2020, 2021 Highly Cited Researcher Awardee by Clarivate Analytics. She has received several prestigious International Awards, including the 2014 Academic Researcher of the Year Award from the Royal College of Psychiatrists, the 2009 NARSAD Independent Investigator Award and an Honorary Membership of the American Psychiatric Association in recognition of her contribution to psychiatry. In 2017 she received the Guy’s, King’s and St Thomas’s Award for “Outstanding Contribution to Student Experience”, for her work as Lead of Psychiatry teaching in the Medical School.
She has a strong interest in addressing gender inequality and promoting diversity in the academic environment, which she promotes as a member of the Diversity and Inclusion Team of the Institute of Psychiatry, Psychology and Neuroscience, and as elected President of the Schizophrenia International Research Society (SIRS).
She can be followed on Twitter @paola_DZN. I am Professor of Psychiatry, Associate Head of Department (Research), and Chair of the University of Oxford Neuroscience Committee. I trained in Oxford and London, and was a Wellcome Trust Senior Research Fellow before being appointed to my present post in 1997. I head a research group investigating molecular, psychopharmacological and therapeutic aspects of mood disorders and schizophrenia – and now the neuropsychiatric aspects of COVID-19. I have published 350 papers and several books. My clinical work centres on mood disorders. I am a Deputy Editor for Biological Psychiatry. I have served on various funding committees, chaired an NHS Research Ethics Committee, and was Treasurer for the Academic Faculty of the Royal College of Psychiatrists. I have supervised 24 PhDs. Awards include the CINP/Paul Janssen Schizophrenia Prize (1998), the British Association for Psychopharmacology Senior Clinical Prize (1999), the A.E. Bennett Award of the Society of Biological Psychiatry (2004), the Joel Elkes Research Award of the American College of Neuropsychopharmacology (2005), the CINP Lilly Clinical Neuroscience award (2010), and the ECNP Clinical Neuropsychopharmacology award (2012). I was President of the British Association for Psychopharmacology from 2014-2016. Philippe Courtet, MD, is Professor of Psychiatry at the University of Montpellier, and Head of the Department of Emergency & Acute Care Psychiatry at the Academic Hospital, Montpellier, France. He leads the Chair of Excellence in Prevention of Suicide of the Fondation Fondamental, and a research group on “Biomarkers and environment in neuropsychiatric disorders” at the INSERM. His areas of interest involve vulnerability to suicidal behaviour in patients with mood disorders, focusing on brain imaging and social pain. Professor Courtet is now implementing projects using web-based tools for assessing and managing suicidal patients.
Professor Courtet is the new Chairman of the Section of Suicidology and Suicide Prevention of the European Psychiatric Association (EPA), member of the Ethics Committed of the EPA, former President of the French Association of Biological Psychiatry and Neuropsychopharmacology, and a member of the European College of Neuropsychopharmacology (former co-chair of the Suicide Network).
He has published more than 400 articles in peer-reviewed journals, numerous book chapters and edited three books on suicidal behaviour.